Unclaimed Property in Missouri - See If You Have Any Money! 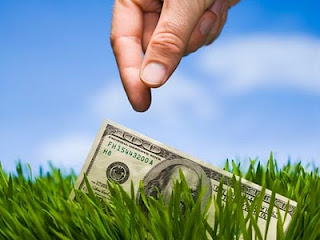 Missouri State Treasurer Clint Zweifel wants to give Missourians their money back!
by Kansas City News

What is "unclaimed property"?  Well, that's a good question.  When we looked up some of our names it appeared that the unclaimed property was usually somewhere between pennies and $50.00 and the dollar amount is listed next to either your current address or a previous address.  Most people don't even realize that this money is sitting there.

This is NOT a scam - it is an official government website.  This story was also featured on KMBC news by our good friend Larry Moore.

Here is the official definition of "unclaimed property":
Lost, mislaid, and abandoned property are categories of the common law of property which deals with personal property which has left the possession of its rightful owner without having directly entered the possession of another person. Property can be considered lost, mislaid or abandoned depending on the circumstances under which it is found by the next party who obtains its possession. The rights of a finder of such property are determined in part by the status in which it is found. Because these classifications have developed under the ancient and often archaic common law of England, they turn on nuanced distinctions. The general rule attaching to the three types of property may be summarized as: A finder of property acquires no rights in mislaid property, is entitled to possession of lost property against everyone except the true owner, and is entitled to keep abandoned property. This rule varies by jurisdiction
at 4:32 PM

Thanks for this post! I looked and I had $30 from one past residence and another $20 from a different old residence. Very cool.