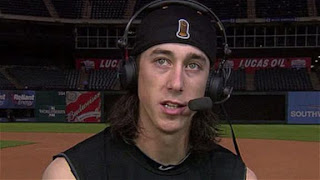 MLB Commissioner Bud Selig recently went on record to state that baseball's playoffs will likely expand sometime in the near future. Selig expects the MLB playoffs to expand to 12 teams by 2012, moving away from the eight team format the league has used since 1995.

At first, the move to expand MLB's postseason was met with support from both the owners and the players union. Many shared a "the more the merrier" standpoint, noting that other leagues such as the NBA and NHL have 16 team playoffs, while the NFL features a 12 team postseason field.

Despite the initial positive reactions, many MLB stars have recently blasted the notion of expanding the playoffs. San Francisco Giants star Tim Lincecum was the most vocal, ranting to reporters about having more teams to deal with and that Selig doesn't care about the players. Other stars such as Buster Posey and Mark Teixeira also voiced their concerns over expanding the current format. Lincecum is a two-time Cy Young winner and led San Francisco to the World Series Title last season, so it will be interesting to see how much he can influence other players and fans.

Personally, I see both sides of the argument. While it would be great to have more series and games, there is the potential for less deserving teams to have a shot at the title. Baseball's regular season is extremely long, which provides plenty of time for the best teams in the league to seperate themselves. It appears that an expanded postseason is going to happen, so we might as well get used to the idea.
at 12:24 PM