Here at Kansas City News we are always knocking new music, and rightly so as it has absolutely nothing original to offer, no soul, nothing that hasn't been done before, hell, half of the new songs are remakes of songs from the 70's - but the kids are so spoon-fed that they think that they are new songs.  SO, instead of bashing talentless TV commercial drones like Justin Bieber and Katy Perry, we're going to open the classroom today and educate today's youth on what real music is (or was).

Rolling Stone Magazine released it's "Top 100 Singers of All Time" and we found the list to be mostly accurate, but they tended to include singers who were commercially successful (i.e. Elvis, Bob Dylan, Marvin Gaye) but not exactly the most talented singers of all time. To demonstrate our point, Tom Petty is a very successful singer, but he can't sing worth a shit (he actually admits that in several interviews).  Elvis was a commercially successful singer, but he had a vocal range of about 8 notes that he just sang over and over.  We're not going to bore you with a list of 100, but we are definitely going to put in our two cents in on who the top 10 singers of all time really are...

For the record we agreed with 4 out of 10 from Rolling Stone's top ten, but the other 6, not so much.  Now pay attention class, you might find some new music to put in your stupid little iPod or MaxiPad or whatever: 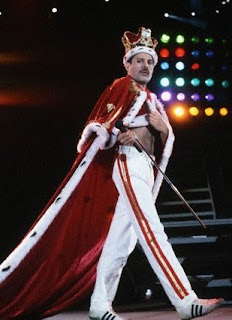 1. Freddie Mercury
First of all, it is important to note that 76 out of the top 100 singers of all time were men according to Rolling Stone's list, and there just isn't a male singer that has ever lived on earth who can even come close to Freddie Mercury. One listen to Freddie's vocals on "We Are the Champions" and Mercury takes you on a ride from heartfelt and melancholy in the beginning to microphone shattering power as the familiar chorus rings through. Mercury's voice is so powerful that it rips through the speakers and leaves you with your mouth hanging open, wondering how and the hell that much power could be summoned from one man's vocal chords. It would be interesting to see how many decibels Freddie could blow on a dB Meter. Mercury's stage presence in concert with the multi, multi, multi-platinum band Queen was equally unmatched. Today's front men (if you can even call them front men), think that a great stage move is taking the mic out of the stand. Hooray! You suck.  If you have judged Mercury's position at the top spot too quickly and without any real knowledge of the man's repertoire, then you must immediately purchase Queen's "News of the World" (4x Platinum in the US) and prepare to have your face melted off.


2.  Stevie Wonder
If it's raw talent that you're looking for, look no further than Stevie Wonder.  This kid hit the stage running with his famous rendition of "Fingertips" when he was only 13 years old - the song went straight to #1 in the US.  Stevie has more vocal range than any male singer living or dead, measured at over 5 octaves.  If you are not a musician you may not understand this, but this kind of talent cannot be learned, or achieved through practice or lessons, etc. - either God gave you a voice like that, or he didn't.  That's the cool thing about music, not just any clown can learn it at college - you have to be born with it, or you will NEVER have it.  And my friends, Stevie Wonder definitely has it. 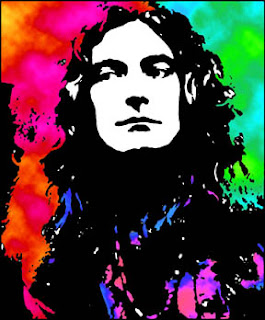 3.  Robert Plant
We're not talking about his 80's and 90's benefit for Africa solo crap here, we're talking about Led fucking Zeppelin.  Anyone who has ever been in a band knows that you pretty much have to stay away from most Led Zeppelin songs because, well........no one can sing them.  That's when you know a singer is good, when he just can't be imitated.  Robert Plant was one of the first singers to really make his voice become a musical instrument.  Often during Zeppelin songs, Robert wasn't singing any words at all, just making musical contributions with his voice, much as a lead guitar, adding depth and mystery to some of Zeppelin's most famous cuts such as "Whole Lotta Love".  Plant's stage presence was also legendary, taking an otherwise boring looking band and making them come to life with his famous poses.  Plant often got death threats from angry boyfriends who were insanely jealous of Plant because their girlfriends were so obsessed by him.  His band mates often poked fun at him and his outrageous wardrobes etc. and they secretly nicknamed him "Percy".  If you want to read about some stories that would make Tucker Max fall to his knees, read "Stairway to Heaven" by Richard Cole about the shit that Zeppelin used to do on the road.

4.  Ann Wilson
Enter our first female offering, the legendary front for the band Heart, Ann Wilson.  Once again, this is not based on anything recorded by Heart past the year 1980.  We're talking about 1976 - 1980 Heart here, not that soft crap.  Ann Wilson, much like Freddie Mercury can take your head clean off with her vocal chords.  I wouldn't be surprised if the studio engineer had to record her from down the hall just to keep from breaking microphones.  For a sampling of a REAL female singer, not a little whiny little girl singing about text messages, check out "Magic Man" for a nice ride.

5.  Chris Cornell
If you think that you're a 90's grunge fan, and you like Nirvana and STP and we hate to mention them in this genre, but even Pearl Jam (they only made one album called "Ten" the rest are crap), you have to understand that this movement started with a little man with a big voice named Chris Cornell.  One listen to the Soundgarden track "Black Hole Sun" will sell you on this guy, WOW can he sing.  Chris is one of those rare singers who kills in the studio, but actually gets better live.

6.  Steven Tyler
There's one thing you can say about Steven Tyler, they only made one of him.  Freakshow from face to voice, Tyler is one of the greatest front men of all time.  His vocal prowess is only slightly overshadowed by his outrageous stage antics.

7.  Mark Middleton
Some of you out there are going to say "who?".  Well, there's a good reason for that.  Mark Middleton was a member of the group Blackstreet, and after only 1 album, Middleton retired from the music business to sing in church only.   Middleton has incredible range, limitless passion and is truly one of the most gifted singers to ever grace a recording studio - although regrettably, he only did so a few times.  Blackstreet's album "Another Level" is worth adding to your collection, and for an example of Mark Middleton blowing the microphone away, listen to the track "Never Gonna Let You Go" around the 3:38 minute mark to the end and you will see what we're talking about. 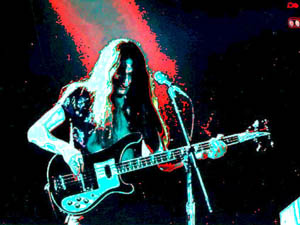 8.  Geddy Lee
Based on vocal ability alone this guy would have easily cracked the top 20, but since he sings like a bird AND plays the bass guitar like a man possessed, we have to move Geddy Lee up a few notches.  Fronting the most successful power trio in the world, RUSH, Geddy Lee's voice is equally remarkable and unmistakable.  The SECOND a RUSH song comes on the radio, you know who it is.  Geddy has been noted by hundreds of great modern vocalists as a major influence including Sting, James LaBrie of Dream Theater, and Rik Emmitt of Triumph among many others.  RUSH was mostly a band for musicians, as musicians would go out to hear RUSH perform just to see what it was like to actually achieve musical perfection.  Upon first seeing RUSH, David Lee Roth of Van Halen was quoted saying "DAMN that guy sings high".  For a nice sampling of Geddy's vocal magic, you might try "Fly by Night".

9.  Michael McDonald
Starting out from such humble beginnings as the group Steely Dan, Michael McDonald can be heard clearly even as a background singer.  McDonald was quickly snatched up by the Doobie Brothers, and from there history was made.  What Michael has is TONE.  He has a bluesy, almost rough voice that makes him sound like he is singing quite low (in range), but then if you try to sing along with him, you will find that he is hitting some seriously high notes.  Michael is still a strong force on the musical front, touring with his own band around the world.  For a good sample of this unique vocalist, try "I Keep Forgettin" which was later sampled into a rap song by Warren G and Nate Dogg called "Regulate".

10.  Stevie Nicks
People talk about certain public figures being the "voice of a generation", well for the 70's that voice was Stevie Nicks.  Stevie had an unmistakably recognizable voice, and she used it to make more number one hits than any other artist during the 1970's.  Whether solo or with other artists in a duo or with her famous band Fleetwood Mac, Stevie Nicks was everywhere.  Her most famous song is of course "Landslide", but another cut that is worth a listen is Stevie Nicks' famous performance with Fleetwood Mac called "Sara".

Until the next class, I hope that you young ones out there found some great new music to dive into after reading this article from your friends at Kansas City News.
at 6:08 AM

Email ThisBlogThis!Share to TwitterShare to FacebookShare to Pinterest
Labels: a lesson in what good music is, freddie mercury, kansas city news, kc news, today's singers are weak, top 10 singers of all time, top ten singers of all time

Impossible to get them all into the top 10 I know, but here are a few honorable mentions:

Otherwise that top 10 list in fact does look better than who Rolling Stone had in there.

Good list, I'd think Brad Delp of Boston could certainly make a case for the top 10 if we are going strictly off vocal ability. That guy had a monster range.