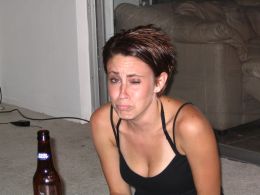 Casey Anthony is on trial today for involvement in the death of her 2 year old daughter Caylee Anthony.  The jury has been deliberating Casey Anthony's sentence for over 4 hours now and a sentence will soon follow.  The main question that hangs in the balance is whether Casey Anthony will get a charge of Felony Murder or Premeditated Murder.  The latter of course would bring the death penalty into play.

What the Casey Anthony Trial will Decide:

Jurors on the trial are currently deliberating on the following charges:

First Degree Murder - if Casey Anthony is found guilty of first degree murder she will either get the death penalty or life in prison.


Aggravated Child Abuse - if Casey Anthony is found guilty of aggravated child abuse she will get up to 30 years in prison for this charge alone.


We at Kansas City News will keep you posted on what the jury decides, and how Casey Anthony can plan to spend the rest of her life.


The Background Story of the Death of Caylee Anthony
In June 2008 Caylee Anthony, daughter of Casey Anthony and an unknown father (claims have been made that a man named Michael Duggan from Massachusetts is the father) was reported missing by her grandmother, Cindy Anthony.  Cindy, mother of Casey Anthony, and her husband George were working in the yard on July 13th, 2008 when a certified letter was delivered stating that their daughter Casey's car had been towed and was currently impounded at a tow lot.  Father George Anthony went to the tow lot to pick up Casey's car and both he and the tow lot worker agreed that the car had a "foul smell" coming from the trunk.  Upon examination of the trunk, they discovered a bag of trash, but no body or sign of foul play.  Two days later, on July 15th, Casey's mother Cindy became concerned with the whereabouts of her grand daughter Caylee and placed a 911 call to report Caylee missing.  During the 911 call Cindy Anthony told the operator "There is something wrong. I found my daughter's car today and it smells like there's been a dead body in the damn car."  Casey Anthony was also present during the phone call and she told the 911 operator that Caylee had been missing "for 31 days".

The First Explanation of Caylee Anthony's Murder:
Casey Anthony offered up several versions of what had happened to Caylee during the entire length of the investigation.  The first story was that Caylee was kidnapped by her "nanny", a woman named Zenaida Fernandez-Gonzalez, or "Zanny".  Zenaida does, in fact exist, however she claims that she has never heard of Casey or Caylee Anthony and Zenaida has filed a civil lawsuit against Casey for defamation of character.

The Second Version of The Caylee Anthony Murder Story:
The next version of the story was first brought up by Casey Anthony's lawyer, Jose Baez, who suggested that Caylee had accidentally drowned in the swimming pool behind Casey Anthony's house - and that the family, most notably George Anthony, had attempted to cover up the death.  While on the stand, George Anthony denied this by stating "I would have done everything possible to save my granddaughter if what was said happened, happened".  This second story about Caylee Anthony drowning was soon dispelled when a utility worker named Roy Krunk found Caylee Anthony's remains wrapped in plastic in the woods about a half mile away from Casey Anthony's house.  The skeletal remains of Caylee Anthony were discovered with duct tape on the skull.  This looks like it may be one of the facts that proves premeditation in this case.  The duct tape was placed on the child in such a way that the duct tape would have covered her mouth and nose.

Casey Anthony gets Arrested - Four Times!
Casey Anthony was offered a limited immunity deal by prosecutors until September 2, 2008, but did not take it.  Boy I bet she wishes she could take that decision back.  Casey Anthony was arrested initially for lying to the police, child neglect, and obstructing a police investigation.  Her bail was paid the first time by a nephew of bail bondsman Leonard Padilla, to the tune of $500,200 in hopes that Caylee would be found (and probably for some side benefits from Casey).  Soon after she was bailed out she was arrested again on charges of forgery, fraudulent use of personal information, and petty theft for forging $700 worth of checks and using her friend's credit cards without permission.  She was released from these charges but was fitted with an electronic tracking device.  Casey was arrested for a third time when new charges of theft arose and she was once again bailed out by her parents, George and Cindy Anthony, on a promissory note for $500,000.  Finally, on October 14th, 2008, Casey Anthony was indicted by a grand jury on charges of Felony Murder, aggravated child abuse, aggravated manslaughter of a child and four counts of providing false information to police.  Casey entered a plea of "not guilty" at this time.  This would be the last time that Casey Anthony would see daylight.

Police then launched an all out investigation which included the seizure of Casey Anthony's home computer which revealed that she had done internet searches of "neck breaking", "how to make chloroform",  and "death".  New evidence that up until this case had never been used was a hair follicle test that shows that a dark circle forms around the base of a hair after death.  This was used to test hairs found in Casey Anthony's car that her father recovered from the tow lot.

The following entry was entered by Casey in her diary:  "I have no regrets, just a bit worried. I just want for everything to work out OK. I completely trust my own judgment and know that I made the right decision. I just hope that the end justifies the means. I just want to know what the future will hold for me. I guess I will soon see – This is the happiest that I have been in a very long time. I hope that my happiness will continue to grow– I've made new friends that I really like. I've surrounded myself with good people – I am finally happy. Let's just hope that it doesn't change."

This lady should go to Hell! And she should be rotting n prison until then! What has America came to finding this monster not guilty

This is one of the better sites I have read. Thank you KC News! I learned these things for the first time, although I watched much of the trial from day one. 1)The sentences in detail(maximum years). 2)The fact that she offered up several versions of what had happened to Caylee during the entire length of the investigation. Is it really true that the drowning version didn't come until Baez suggested it three years later? 3)What was the limited immunity deal offered in 2008 by prosecutors that Casey turned down? 4)Why was Casey released from charges of forgery,petty theft, and using friends credit cards without permission? No time served? And the most potentially damning of all is the entry in her diary about no regrets. Couldn't the defense enter her statements as evidence? I don't remember hearing anything in the trial about this. When were her words recorded in her diary? Thank you for such a coherent article!

SHE DOES NOT DESREVE TO BE OUT OF JAIL SHE IS NOT GUILTY. BUT I KNOW THAT GOD WILL TAKE CASRE OF HER FOR HER MISTAKES SHE IS A MEAN HORRIBLE PERSON SHE IS THE DEVIL HIMSELF. LITTLE CAYLEE DESERVES JUSTICE R.I.P LITTLE ANGEL

fuck you casey you bitch