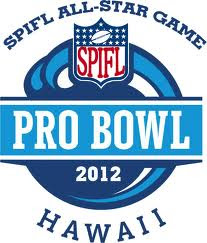 Well deserved on Derrick Johnson's nomination to the 2012 Pro Bowl as a Chief, Tamba Hali was an OK decision. The real surprise was how Dustin Colquitt didn't make the cut.

It's too bad that we lost Jamaal Charles and Eric Berry or they would have made the Pro Bowl 2012 for sure. Can't wait to see the Chiefs next year when everyone is back and healthy!

yes, this was probably one of the worst years in Chiefs history for players in the pro bowl, I think last year we had like 7 or something.

The Chiefs will be fine next year. Maybe win 9 or 10 games even. Their schedule will be easier and they will have their pro bowl players healthy again.