Manhunt In Riverside Underway After Man Attempts To Abduct Girl 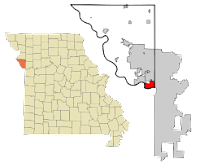 Riverside police are currently conducting a manhunt to try to catch a man who grabbed a 13-year-old girl this morning and attempted to drag her into a wooded area. The girl was waiting at her bus stop located in the 4900 block of Northwest Gateway Avenue, and the attempted kidnapping occurred at 6:30 a.m.

The girl was able to escape from the attacker after several people near the scene noticed the attacker and scared the man off by yelling at him. The man released the girl and fled into the woods.

The suspect was described as a Hispanic male in his 30s, with a dark complexion and a heavy Hispanic accent. He has dark hair and dark eyes, and stands around 5 feet 8 inches tall with a thin goatee. At the time of the attempted kidnapping, he was wearing a black, hooded sweatshirt with multi-colored stripes.

This situation is particularly troubling for Kansas City residents as it eerily resembles the kidnapping of Jessica Ridgeway. Ridgeway, who has family in the KC area, was kidnapped and murdered by Austin Reed Sigg on her way to school in Colorado. Ridgeway’s murder and this latest kidnapping attempt in Kansas City shows that parents need to be extremely cautious in regards to how their children travel to and from school.

Anyone who may have information on the situation or the suspect should contact the Riverside Police Department by calling 9-1-1.