Early this afternoon pop sensation Miley Cyrus was admitted to St. Luke's Hospital in Kansas City for an allergic reaction to an unknown medication. Cyrus was slotted to perform a concert tonight at The Sprint Center in downtown Kansas City, and after being hospitalized she has cancelled the show. 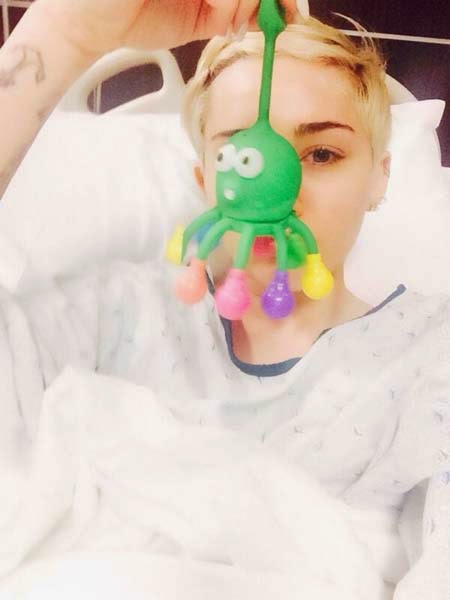 Miley tweeted that she was sorry that she was not going to get to perform in "KANSAS" (obviously, she's not even sure where she is) and that not being with her fans made her feel s**tier than she already does. Cyrus has battled illness off and on during her current US tour and it has not been released what the exact medications that caused her allergic reaction were.

We do know that she has recently battled the flu and a few other medical problems including respiratory problems and allergies. The twerk jokes will be flying around in Kansas City tonight for sure as Miley Cyrus cancelled at The Sprint Center due to being hospitalized at St. Luke's for an allergic reaction to medication.

It has not been announced whether Miley Cyrus will be scheduling a make up concert in Kansas City, but ticket holders should expect to get their money back for this cancelled concert in KC.

Attention Miley! You are not in KANSAS, you are in MISSOURI. Feel better soon :)