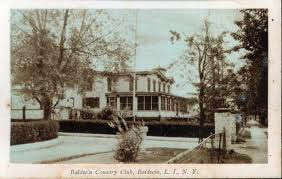 The Overland Park Fire Department thinks a propane torch being used by roofers at Milburn Country Club started the huge fire that destroyed the clubhouse Monday Afternoon. According to witnesses, a small fire was started by welding on the roof. The workers extinguished it (or at least thought they did), but it reignited later and set off an automatic fire alarm alerting the Fire Department. Conditions were perfect Monday afternoon for a fire to spread rapidly with extremely dry air and high winds.

Damage to the nearly 100 year old building was extensive, and it is probably a total loss. Good news, however, the golf course was not damaged, and members clubs were not stored in the building that burned!

This morning there was another massive fire at a house in the northland. Investigators say the fire was deliberately set, twice. Overnight, Firefighters were alerted to a house fire on North Madison Ave around 68th St by a passing policeman. That fire was contained, but a second fire was then set that significantly damaged the structure. Police say it was vacant.

A. Foreclosure proceeds will not go through as planned

Time will tell. I'm sure they will be caught if the investigators already know it was arson.
at 9:20 AM No comments: