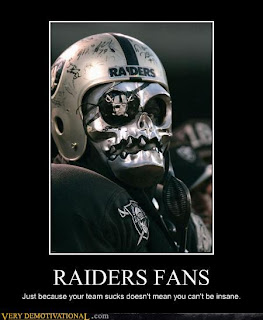 Ryan Lilja, our prized O-Lineman will be returning to duty this week which should really get that running game moving "early and often" as my old partner Mr. Wonderful would say.  I'm almost relieved that this game isn't being played in Kansas City, at least we won't have to be reminded of how much trash and ghetto folk live here when they all show up at Arrowhead (how do they afford tickets?) in their Raiders Jerseys, poor nasty trash - all of them.  I have good friends who usually serve Mexican cuisine at their tailgate party when the Raiders are in town, nice!
at 12:59 AM

Yeah mine has cracked and extended warrant won't cover