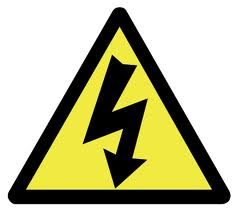 If you are a KCP&L customer in Kansas, your rates are about to go up. The Kansas Corporation Commision (the commission that oversees utility companies and their rate requests) ruled on Monday that the Utility can raise their rates to Kansas Customers by 4.5%. The increase translates into about $22 million annually. KCP&L had asked for a rate increase of more than double that, but the commission was unimpressed. The Rates will go up effective December 1 and will cost the average Kansas Customer around $50 annually. KCP&L also lost its battle to impose a separate charge on customers bills to pay for environmental upgrades.

KCP&L did have a request for Executive Bonuses approved. This action upset some consumer advocates who argued that cost overruns on the new power plant near Weston, MO were the result of mismanagement and executives should not be rewarded for it. The mismanagement of the Iatan 2 power plant was prominent in the negotiations with the Commission - and will certainly be an issue in the upcoming meeting with Missouri next year. KCP&L has asked for a 14% rate increase on Missouri customers, and the Missouri Public Services Commission is expected to rule on that in 2011. We will keep you updated.
at 9:05 AM