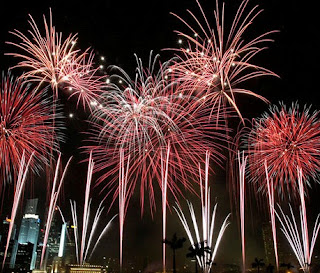 Kansas City Police and Shawnee Police have announced that they will conduct DUI checkpoints on July 1st, 2nd and 3rd in many areas of the city.  Exact locations were not disclosed, but the usual suspects are:

ANYWHERE along Ward Parkway or Southwest Trafficway, the area around 75th and Wornall and 93rd and Wornall.  There will most certainly be a LARGE DUI checkpoint next to the Sunfresh in Westport, as they usually have the school bus at that one, waiting to take away drunk drivers by the hundred.

Remember that the best rule of thumb when you've been drinking and you are stopped by a DUI checkpoint is to tell the truth.  Tell the officer that you have been drinking but stopped earlier in the night so that you could drive.  Lying to the police will get you pulled out of your car every time.  They can smell the booze on you no matter how strong the breath mints are you ate.  Just tell the truth, act cool and tell your drunk ass friends in the back seat to shut the hell up :)

Be safe this 4th of July weekend and get one of your teetotaler friends to drive, take a limo, use a car service, or heck, you can even use the Pedicab Service of Kansas City for a real kick.  Save the dangerous part of the weekend for the lighting of that questionable looking large firework that your insane brother brought to the picnic.  Light fuse and GET AWAY.
at 5:43 PM