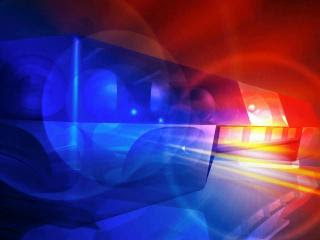 Over the weekend, Christopher P. Randolph Sr. was killed in a hit and run accident along I-35 in Johnson County. This morning, Kansas City police have announced that they have arrested and jailed a suspect in this case. Randolph was 41 years old and leaves behind six children as well as six siblings.

The accident occurred at 2:30 a.m. Saturday morning, when Randolph was putting gas into his minivan in a construction zone off I-35, just north of College Boulevard in Johnson Country. Randolph’s girlfriend, Charlsetta Redd, told police a car knocked over Redd, which led to other vehicles striking him as well. The suspect sped off in a 2010 silver Chevrolet Silverado pickup.

After fleeing the scene, the driver of the pickup abandoned the vehicle. It was later found nearby with heavy front end damage.

Randolph’s minivan had run out of gas, which forced him to exit his vehicle along the highway before the incident occurred. What is sad is that the cars along the highway refused to stop, despite repeatedly hitting Randolph. According to Redd, the final car dragged Randolph down the road while refusing to slow down.

If past convictions are any indication, the driver of this vehicle will likely be in prison for a very long time. It is one thing to convict manslaughter and kill another person, but the driver of the vehicle sped away and did not take any consequence for his actions. Many suspect the driver of the pickup truck was likely drunk, given that this occurred early in the morning over the weekend and the refusal to pull over. If the driver was not intoxicated, their stupidity will likely cost them years in prison, as they could have stopped and been forgiven for an “accident.”

Sadly, the roads of the Kansas City metro have become incredibly dangerous any time after 11:00 p.m. on a weekend night. When people complain about DUI checkpoints being set up on the weekend, they need to keep stories like this in mind. Why people can't pay $15 for a cab ride is beyond me - it certainly is cheaper than losing your license, paying thousands of dollars in fines and spending years in prison.

Good point about the cab, there is little doubt that this person was driving drunk, stoned or what have you. Or maybe he just though that he hit a deer. Either way, a $15 cab ride sounds a lot better than 20 years in the slammerski.