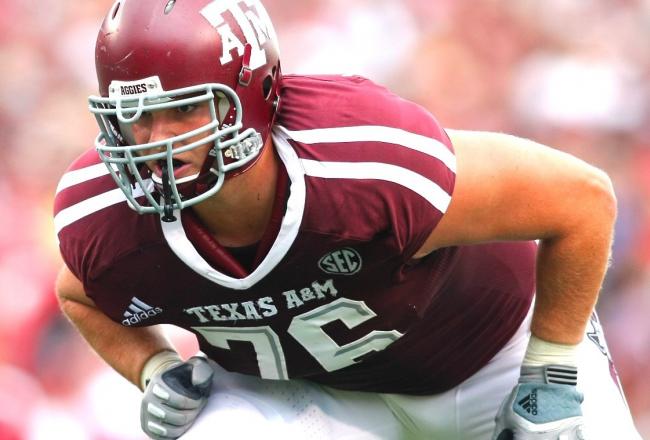 With the end of the NFL season only a few weeks away, draft talk is starting to heat up. Holding the top selection in the draft, the Chiefs have been the center of a lot of speculation regarding who they may pick. While many fans think the team should draft its quarterback of the future with the top pick, several draft experts are now predicting that Kansas City will trade down or select Texas A&M left tackle Luke Joekel.

It is also unknown at this time if the team plans on resigning left tackle Branden Albert. If the Chiefs draft Joekel, they could release Albert or resign him and move him to right tackle or guard.

The biggest question new Chiefs GM John Dorsey and coach Andy Reid will have to make is whether the top two quarterbacks available – Matt Barkley and Geno Smith – are worth the top overall pick. Most draft analysts think the two quarterbacks are top ten material, but not worth the top pick in the draft. This presents the Chiefs with an interesting option - the team could potentially trade down a few spots in the first round and still get either Barkley or Smith. While they wouldn’t get a ransom mirroring what Washington gave up to move up and select Robert Griffin III, the team could end up with its quarterback of the future and an extra draft pick or two. The Chiefs would have to find another team desperate for a pass rusher or left tackle to make a deal.

There will also be several veteran quarterbacks looking for a starting opportunity this offseason and the Chiefs may opt to go with one for the next couple of years and wait to see if it can find a quarterback in a future draft.