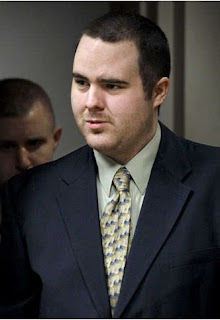 Quintin P. O’Dell of Northland has admitted to the killing of Alissa F. Shippert and sexual assault of another woman. By admitting to these crimes and sparing a long criminal trial, O’Dell will avoid the death penalty and be sentenced to life in prison.

O’Dell, who was Shippert’s coworker, attacked and killed the 22-year-old in 2011 along the Platte River area with a hatchet. Shippert and O’Dell were considered to be friends, as both worked at the Casey’s Store in Platte City.

O’Dell also sexually assaulted another woman several months later, disemboweling her with a razor blade. O’Dell slashed the woman’s abdomen in her living room, causing her intestines to fall out. After surviving the attack, the woman was able to identify O’Dell to police. O’Dell had attended high school with the victim.

Prosecutors have yet to determine what the motives were behind O’Dell’s attacks, but he has been put on medication for a bipolar disorder.

Prosecutor Eric Zahnd originally sought the death penalty as a result of O’Dell’s heinous crimes, but the families of the victims did not want to go through a long, drawn out trial that had the possibility of multiple appeals. O’Dell’s murder count carries an automatic sentence of life in prison without parole, and he was also charged with first-degree assault, 100 years each on two counts of armed criminal action and seven years for deviate sexual assault. The sentences will run consecutively, which guarantees that O’Dell will spend the rest of his life in prison.