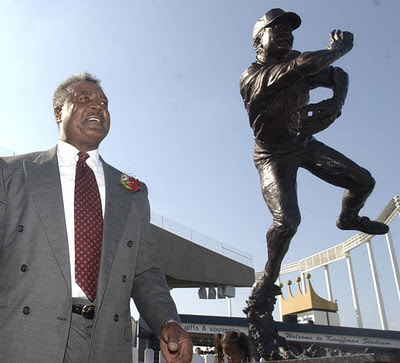 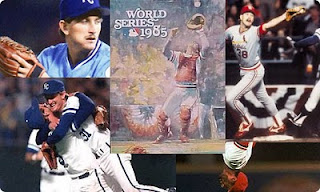 The Kansas City Royals keep the party going. Now into a 6 game winning streak, our boys in blue are playing like they are vying for a playoff slot. Many concerned Royals media are very irritated that the Royals are putting up wins, as each win takes them further away from a good draft spot in 2012. On 810 AM today a few skeptics claimed that "other teams are wisely dropping games to get to a better draft pick and the Royals should do the same". That sounds familiar to me as an avid Kansas City Chiefs fan, in the 2008 and 2009 seasons I was hoping that the Chiefs would drop all of their remaining games in order to get a great draft position - but alas, they would usually win just enough games to get them mediocre players in the draft like Glen Dorsey and Tyson Jackson.
This raises an interesting question when it comes to baseball, however, as baseball players base their entire careers on batting averages, and pitching wins, losses and ERA scores. How can a Major League Baseball team throw games on purpose without some players having to take a personal blow to their batting average or pitching stats? How would they even get the players to agree to do something like that? As we in Kansas City are WAY too familiar with, The Kansas City Royals are more or less a launching pad for star players who cut their teeth here and then immediately ask to be traded away (Zack Greinke, Johnny Damon, Jermaine Dye, Carlos Beltran), The Royals refuse to pay any of these star players the salaries that they want, and away they go to other teams. The politics of the Kansas City Royals administration is appalling and it is a direct smack to the face of the faithful Royals fans. But, obviously they don't care at all, they keep all the money, turn Kauffman Stadium into a giant BAR, and trade away any players that show any promise.
The recent Royals winning streak is a cute little gesture of a small time team winning with heart and determination, but in the big picture The Royals will probably not return to the World Series in the next century. Thank God for the 1985 Royals, who continue to keep the team out of the record books for longest streak without a pennant. Thank you George Brett, thank you Bret Saberhagen, thank you Willie Wilson, you guys stuck it out here in Kansas City and brought home the gold........probably for the last time.
at 12:12 PM No comments: