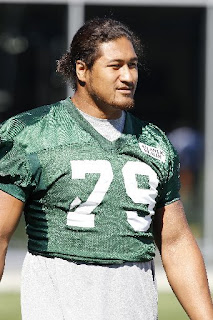 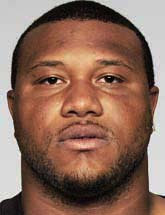 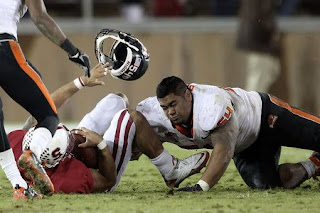 The new face of the Chiefs

The Kansas City Chiefs are yet to take a snap at training camp, but you can already tell that the team has a new attitude. It starts at the top with Clark Hunt and goes all the way down to the water boy. The new attitude: Professionalism. Something that has long been missing at 1 Arrowhead Drive. Something Clark Hunt noticed and hired Scott Pioli to change.

After the first day in River Falls, WI you can tell that the Chiefs are taking care of business instead of looking for a ringleader to run the circus. This fact is evident in many facets of the team. The fact that the first day of camp was a rigorous physical test to see who has stayed in shape and who slacked off is a sign. As a a season ticket holder, I love this. I can't count how many times the Chiefs got their jocks handed to them last season because they were gassed.

Probably more to the point and a sign of things to come is all of the controversy surrounding first round draft pick, Tyson Jackson and the fact that he has not been signed. Wait a minute. Did I say controversy? I meant the total lack of controversy. Unlike in past years, when the Chiefs would launch an all out media blitz slandering the player, his agent, his posse, his baby's Momma, and anyone else who could be targeted, we have not heard a peep.

To this point, I am not overly excited about the "All-should be retired" off season acquisitions in Bobby Engram (14 yrs), Zach Thomas (14 yrs), and Mike Vrabel (13 yrs). I am cautiously optimistic about paying an obscene amount of money to a back up quarterback that played in the Bill Belichick system. I have some real questions in the coaching staff. However, I get it. Pioli is bringing in professionals. Guys that can help Pioli get his word across by using actions and experience. Not the kind of guys that continually are accused of drinking too much and abusing women every time you turn around.

What I may like best about it is that the revolving door of no talent sports hacks that hold our AM airwaves hostage every day have nothing to talk about. You know, the jokers that made you pay for Sirius or XM radio so you could get some logical and intelligent information without arguing with every other caller about who the liar is? I digress. There are no more leaks. No more sources. No more to talk about. That is, unless you actually want to talk about the facts as opposed to speculation. All they have to bitch about is having nothing to talk about. I love it.

It is early, but thus far, I am happy to see that the Chiefs are doing what they said they were going to do. They are going to run the business and try to build the best team they can. We are not going to the Super Bowl this year and probably not the year after that and maybe not for a while, but we are starting to act like a group of professionals. That is something that rubs off on people and something the fans of the Chiefs have deserved for a long, long time. I look forward to the future.
at 8:07 AM 2 comments: