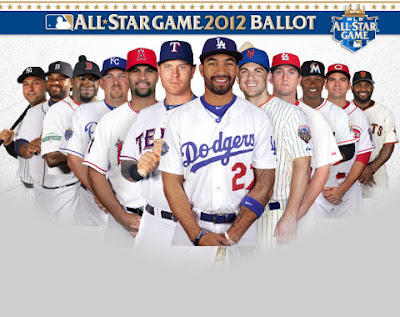 The 2012 MLB All Star Game will be held in Kansas City at Kauffman Stadium on July 10th, 2012.  It will be an extremely festive week filled with activities and for the first time since 1973, Kauffman Stadium will open it's doors to welcome the thousands of baseball fans from around the country to watch the 2012 MBL All Star Game festivities.

July 9 - The State Farm 2012 MLB All Star Home Run Derby
The biggest hitters in the league will gather on Monday night at 7pm to see who can swat the most homers at Kauffman Stadium.  Look out fountains!

Legends and Softball Celebrity Game at MLB All Star Game 2012
The line up for the 2012 Legends and Celebrity Softball Game was announced today and includes the king himself, George Brett, Bo Jackson, Mike Sweeney, Ernie Banks, Joe Carter, Andre Dawson, Rollie Fingers, Rickey Henderson, Mike Piazza, Ozzie Smith and Dave Winfield. They have not yet announced who the other celebrities will be, but stay tuned to Kansas City News and we will keep you updated.

Chenoweth will cheer on participants and help start the event, which benefits the Prostate Cancer Foundation, Stand Up to Cancer and the greater Kansas City affiliate of Susan G. Komen for the Cure. Major League Baseball has announced that they will give 100% of the profits from the event to these organizations. - by Kansas City News 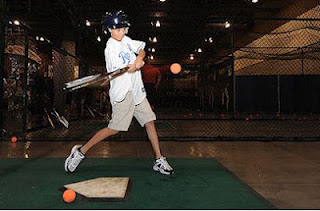 Fan Fest 2012 at the MLB All Star Game
The FanFest activities last for five days, starting on Friday, July 6 and ending on Tuesday, July 10. The events start at 9:00 a.m. each day and last until 8:00 p.m. on every day except Tuesday, in which the event ends at 6:00 p.m. A full list of the events and their times and date can be found here. - by Kansas City News

The 2012 MBL All Star Game Charity 5K and Fun Run Details, Start Time
The 5K race will start at 7:30, while the one mile fun run will start thirty minutes later. Registration now includes an early price of $25 (adult) and $20 (under-13) for the 5K and $20 (adult) and $15 (under-13) for the Fun Run. Space is limited so participants are encouraged to sign up early. Registration and event information can be found here. - by Kansas City News


MLB All Star Ballot
Fans will have until July 5 to cast votes in at their team’s stadium for who they think should be in the game, which takes place on July 10 at Kauffman Stadium in Kansas City. Online voting will end on June 28. - by Kansas City News


George Brett Named Official Spokesperson for the 2012 MLB All Star Game
With the 2012 All-Star game taking place in Kansas City, there is no better representative the Royals could have selected than Brett. The baseball legend spent his entire 21 year career with Kansas City, and is a great representative of an era when the Royals contended for championships and weren’t viewed as a bottom feeder. The All-Star game and the week’s festivities will give Kansas City the opportunity to showcase some of the club’s biggest heroes, and Brett certainly fits that bill. - by Kansas City News


Alex Gordon Named Official Spokesperson of the MLB Fan Fest at Kansas City Convention Center
With the Royals hosting the 2012 MLB All-Star game, it is no surprise that Gordon got the spokesperson nominee. He is coming off the best season of his career in which he not only put up great offensive numbers, but significantly improved his defense in the outfield and earned a gold glove award. - by Kansas City News


FanFest Themes for the 2012 MLB All Star Game


The Kansas City Royals 2012 All Star Game candidates include: