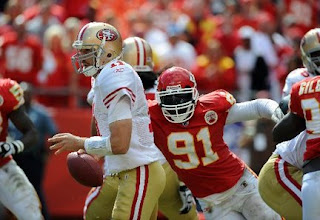 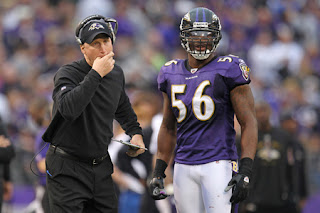 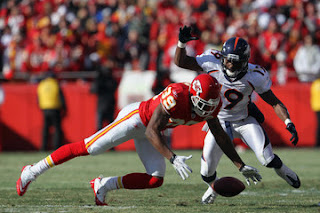 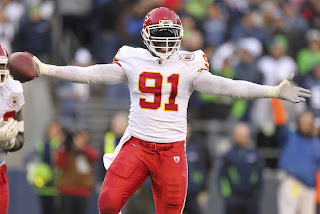 Hali could join the team's practice today, as could Gilberry, who also recently signed. Kansas City has signed all of its top defensive players but two - CB Brandon Carr and rookie LB Justin Houston.
at 7:57 AM No comments: 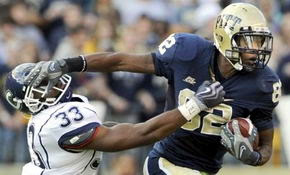 Kansas City has signed its first round pick from the 2011 draft. The Chiefs reached terms with WR Jonathan Baldwin, inking the former Pittsburgh star to a four year deal with an option for a fifth season.

While the news was expected, the Chiefs can breath a sigh of relief now that the team doesn't have to suffer through a messy holdout from its top draft selection. Despite being a rookie, Baldwin is expected to be an immediate contributor to Kansas City's offense, pairing with pro bowler Dwayne Bowe and the newly acquired Steve Breaston to give the Chiefs one of the strongest WR corps it has had in years.

Signing Baldwin means that Kansas City has now come to terms with every one of its draft picks except Justin Houston. Houston, a defensive end selected in the third round out of Georgia, was expected to contend for some serious playing time this season, and should be a priority for the Chiefs now that Baldwin is signed. 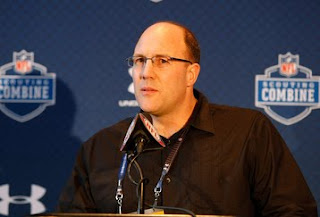 The Chiefs's later round selections were also quality picks. Massive NT Jerrell Powe has the potential to be a run-stopping machine, and adds depth and competition to a position of weakness on Kansas City's defensive line. QB Ricky Stanzi should add solid depth, and teams have often grabbed quarterbacks late in the draft, developed them, then traded them later for a higher draft pick.
While on paper the Cheifs' draft looks good, one must be concerned with character issues. Baldwin has been described as a potential diva and Houston failed two drug tests last year (a failed test in the NFL will lead to an automatic suspension). Kansas City addressed the areas it needed to, and hopefully gambles like Houston pay off.
at 12:15 PM No comments: