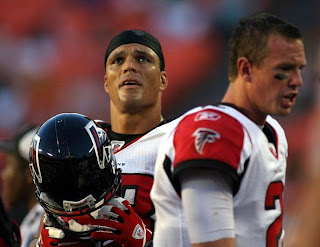 Don't be Confused by some of the Chiefs Moves...yet

In watching Herm Edwards fill in on Mike and Mike this morning on ESPN, I thought about how much I respect the man as a person, but how much I also like to see him on the ESPN sets instead of our beloved sidelines. Even the least passionate Chiefs fans know that there has been a ton of needed change at 1 Arrowhead Drive. It started, of course, with Scott Pioli and Todd Haley. In their wake, there has been a continued effort to add more people to create more competition, as per their promise.

The off-season began with the acquisitions of Matt Cassel and Mike Vraebel from New England. Despite his success, I think a guy that hadn't started a game since High School may not be the guy we need behind a swiss cheese offensive line and weak receiving core. Vraebel tags up with Bobby Engram and Zach Thomas to start their farewell tour from the NFL. All three have been potent threats in the past, but those days are well behind them. Trust me.

That being said, the Chiefs did need some senior leadership. The past few years showed Carl Peterson and Herm Edwards running most of the veterans and team leaders out of town. Don't get me started on Jarred Allen. With the recent trade of Tony Gonzalez to the Atlanta Falcons that would leave...um...Brian Waters. So, I guess these player/coaches could be of some value.

My confusion comes with the addition of Amani Toomer and most recently backup Quarterback Matt Gutierrez. But hey, they released Ingle Martin at QB to make room for Gutierrez. Yeah, I wouldn't make out the flashcards trying to remember either of these guys names any more than they should be purchasing property while employed in the NFL. Still, I see the method in the madness as Gutierrez backed up Cassel in New England. In addition, if we have Brodie Croyle battling Tyler Thigpen for the number two and three spots respectively, I really get it.

This brings me to the well dressed Amani Toomer. I have a ton of respect for this guy, but I think he rounds out the number four spot on the "All-will-be-retired-by-the-end-of-the-season-team." That is, of course, assuming they see time on the field. That brings the Chiefs tally to two receivers that should be watching football on television on Sunday and ten receivers total in camp. DWAYNE BOWE...DO WE NEED TO SPELL IT OUT? CATCH THE DAMN BALL!!

All that said, my opinion is that the Pioli and Haley are trying to bring as much talent as can be acquired at this time of the year to create as much competition as possible in camp. Don't be surprised if half of these guys don't make the team this year. If you will recall, we had Fred "Fred-X" Mitchell on the team last year for a few weeks before the season started. As some of these trades happen, please keep in mind that we have a GM and Coach with winning traditions. Let's not call these moves bad...yet. 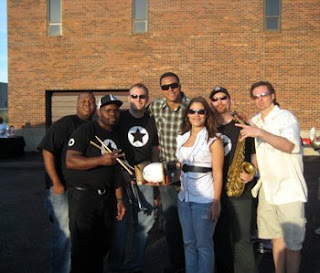 Tony Gonzalez announced today that he would be retiring as a Kansas City Chief. Tony was recently traded to The Atlanta Falcons for a second round draft pick - which was an extremely questionable trade - and will report to Falcons training camp in a few weeks.

At a recent fundraiser hosted by "Shadow Buddies", a charity group that Gonzalez helped found and operate, Tony announced to the eager crowd that he would officially retire as a Kansas City Chief. This is an exclusive KCMB News story, as they were at the event and videotaped Tony's heartfelt speech (see video below). The Chiefs fans in attendance cheered when he told us this news, and we now know that when Tony is eventually inducted into the NFL Hall of Fame, it will be as a representative of the Kansas City Chiefs.

Gonzalez gave away several pieces of memorabilia including his last autographed football, which he presented to the Official Band of The Kansas City Chiefs, "The KC All Stars" (pictured above at the event with Tony) who he mentions and thanks in the video. Tony Gonzalez played for Kansas City from 1997-2008 and was hoping to win at least one NFL Playoff Game before he would retire. He has failed to do that in KC and will now try his luck in Atlanta. He will wear number 88 in Atlanta as he did with The Chiefs, however it will be the Chiefs who will lay permanent claim on Gonzalez when he is added to the list of the best NFL players in history at Canton.

Tony Gonzalez to retire a Kansas City Chief in the Hall of Fame by KCMB Kansas City News
at 10:03 AM 17 comments: