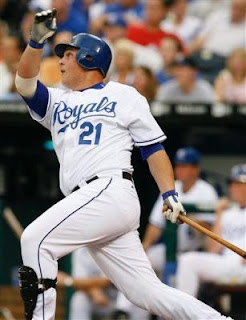 The 2012 MLB All-Star game has unveiled its ballot today, allowing fans across the nation to cast ballots for their team’s best players. Fans will have until July 5 to cast votes in at their team’s stadium for who they think should be in the game, which takes place on July 10 at Kauffman Stadium in Kansas City. Online voting will end on June 28. Royals fans who attend today’s game against Toronto will have an opportunity to be the first fans in Kansas City to vote, as in-park balloting begins today.

Despite a terrible start to the season, there are several Royals on the ballot. Despite an All-Star worthy season last year, Alex Gordon was snubbed from the team. This season, the only player in Kansas City who is playing at an All-Star level is Billy Butler, who is on his way towards a career year.

The following is a full list of players on the ballot:

It's good to see Billy Butler up there, he really deserves the credit at this point. Hopefully he will inspire the rest of the team to perform!