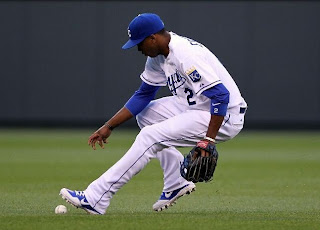 After a promising road trip to start the year, the Royals season has completely fallen apart during the team’s recent home stand. The Royals lost their sixth straight game at home last night to Detroit, which lead to two troubling outcomes – the Royals are winless at home for the season, and Kansas City is now alone in last place in the AL Central.

Kansas City’s offense completely disappeared during its series against the league-leading Tigers. The Royals only scored six runs combined for the entire series, wasting three good outings from its starting pitching. The only player who has consistently produced at the plate this season is Billy Butler. Butler is batting .375 so far this season, with 2 home runs, 9 RBI and 6 doubles. The other big bats in the Royals lineup have yet to consistently produce, and hopefully Butler will get some help from his teammates soon.

The main problem for Kansas City has been consistency. The nights the Royals get strong pitching, its offense disappears. The nights Kansas City’s bats come alive, the pitching and defense struggle. The team has shown some flashes here and there, and for the most part, the starting pitching has been solid. The team must find some consistency and soon, or it will suffer yet another lackluster season.

The Royals have a good opportunity to turn things around Friday, when they start a four game home series with the Blue Jays. Luke Hochevar (1-1) will try to atone his dismal start last week in which he allowed seven runs in the first inning of the Royals’ home opener. He will face Kyle Drabek (2-0), who has pitched extremely well this season.