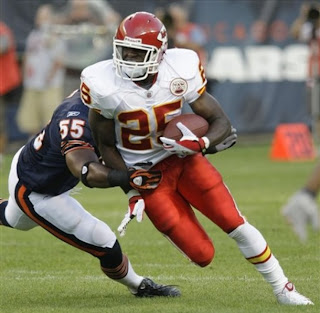 Six times in the last seven years, the Kansas City Chiefs have started a season 0-2. Despite several slow starts, the team has often righted the ship and still had a decent, if not good, season. Will that be the case this year, or are the Chiefs headed for an early draft pick in the first round? We will have a better idea after the team travels to New Orleans to play the Saints on Sunday.

The Saints are reeling this season, with an 0-2 start themselves and a defense that ranks dead last in the NFL. The Saints struggles were somewhat expected, as the team is currently without head coach Sean Payton and several key players as a result of the bounty scandal. New Orleans is giving up an average of 186 yards per game on the ground, while Kansas City has run the ball effectively this season. Jamaal Charles is expected to play, and the team’s other running backs have also been effective this year. Expect Kansas City to pound the ball on the ground to exploit the Saints’ weakness and to keep New Orleans’ high-powered offense on the sideline.

New Orleans not only has struggled on defense, but its offense has been a turnover machine this season. Drew Brees already has over 600 yards and four touchdowns, but he has also thrown four interceptions. Brees has over 100 passing attempts through two games, while the team has only rushed the ball 37 times. Running back Pierre Thomas has been effective for the Saints, but this team still lives and dies by Drew Brees. If Kansas City can force some turnovers and steadily pressure Brees, they will have a chance to spring an upset. If the Saints’ All-Star QB connects on some deep balls early, Kansas City will be staring at an 0-3 start.

In the team’s upset of the previously undefeated Packers last season, the Chiefs showed the blueprint to beating a team like New Orleans. Kansas City must protect the football, sustain long drives and pressure the quarterback. With the Saints’ defense playing even more poorly than the Chiefs (which is saying something), the team should be able to move the ball and keep Brees on the sideline. Expect the Chiefs to score some points on Sunday, the key will be the defense. If Kansas City can force a few turnovers, the team will have a great opportunity to pick up its first win of the season. If not, the Chiefs will find itself in a shootout with Drew Brees in a dome… which is likely a recipe for disaster. 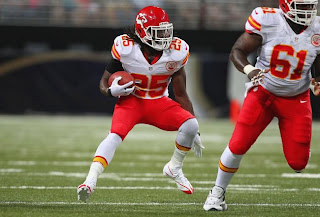 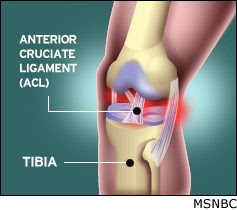 The Kansas City Chiefs officially announced that running back Jamaal Charles is out for the season with a torn ACL, the same injury that cost the Chiefs Tony Moeaki and Eric Barry. Jamaal Charles was the most important player on the Kansas City Chiefs and his season ending injury is going to have a massive impact on the rest of the Chiefs 2011 season.

On a seemingly common run, Jamaal Charles was on his way out of bounds, with no defenders in site, planted his left foot awkwardly on the sideline, and tore his ACL resulting in a season ending injury. ACL injuries are tricky because as an athlete, if you have no prior history of knee injuries, you don't concern yourself with body movements that may cause an ACL injury. As far as Jamaal Charles knew, he could manipulate his body an any direction, make sudden stops, or plant his foot firmly with his upper body in an awkward position (as was the case in this injury). As an athlete with no prior knee injuries, you just don't think about being careful. As a body ages, the knees are the first to go when you are an athlete that's major function is to run, stop, juke and plant. If you don't know your body's limitations, you are most likely going to blow out a knee. ACL injuries often occur as a result of a firm planting of the foot, with little or no "give" from the playing surface. This is why AstroTurf has been removed from almost all sports environments, because AstroTurf "grabs" the feet of the athletes, promoting ACL injuries.

The Chiefs have been cursed this season with THREE major ACL injuries, and Jamaal Charles was probably the final blow to a team that was doomed from the start with or without Jamaal Charles, Eric Barry and Tony Moeaki.

Jamaal Charles was put on injured reserve today, leaving the Chiefs with only 52 players on their active roster. We can expect the Chiefs to sign someone off of the waiver wire sometime this week, most likely a running back.
at 3:01 PM No comments: