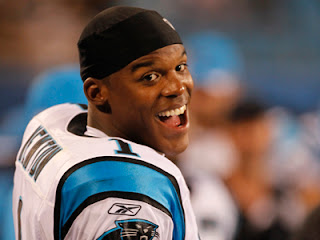 The Chiefs march towards the top overall pick in the 2013 NFL draft continues on Friday, when the team hosts the Carolina Panthers at home in Arrowhead Stadium. Kickoff for the game is 12:00 p.m.

While the Chiefs have had an absolute disaster of a season, Carolina’s hasn’t gone much better. The Panthers currently have a 3-8 record, held back by a poor offense that is only averaging 19 points per game. Quarterback Cam Newton has struggled this season after a very impressive rookie year, struggling with inconsistency and turnovers. Newton is also the team’s leading rusher, and the team’s entire offense rests on his shoulders. If the young QB struggles in this one and commits some turnovers, the Chiefs are going to have a very good shot to pick up their second win of the year.

While the Panthers’ offense has struggled this year, it has been nowhere near as bad as the Chiefs’ anemic attack that is averaging 10 points per game in its last seven contests. Kansas City has 32 turnovers this year and only 94 red zone points, and both stats rank last in the NFL. After Matt Cassel’s poor play this season – he threw for six touchdowns compared to 12 interceptions – Chiefs fans demanded to have him benched. Unfortunately, his replacement, Brady, Quinn, has not been any better. Quinn has yet throw a touchdown pass this year, and has four interceptions of his own. It appears that neither quarterback is the long term answer, and the odds of the Chiefs selecting a QB with their first round pick in the 2013 draft are increasing.

The lone bright spot for the Chiefs this season on offense has been Jamaal Charles, who has rushed for 928 yards and boasts a healthy 4.8 yards-per-carry average. It is a shame that one of Charles’ prime seasons was wasted this year, but the back should be one of the few offensive players on this current team that is a part of Kansas City’s long term plans.

Despite how terrible the Chiefs have played lately, this is a winnable game. The Panthers played well and picked up a win last week, yet they have been inconsistent all year. If Newton plays well and can put some points on the board, the Chiefs won’t have a chance. However, if the Panthers’ young QB commits some turnovers, this might be a low-scoring affair that comes down to the wire.