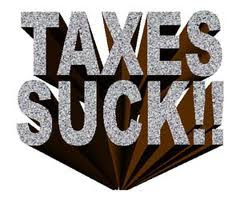 Kansas City Missouri's Earnings tax has been renewed for five more years. By an astoundingly large majority, Kansas City voters approved the 5 year renewal on Tuesday in a 78-22 percent vote. Voters took the Pro E-tax story hook, line, and sinker. E-tax supporters painted a dismal, scary picture of the future without an Earnings Tax - more than half of Firefighters laid off, Police and other vital services cut dramatically. The fact is that other cities (almost all) cities around the country survive without an Earnings Tax. They get Leaner, Meaner, cut corruption, and look for other sources of income that don't discourage business and residents from locating to their city.

Freedon PAC Spokesman Woody Cozad said he was disappointed, but not surprised. At least there was a public referendum and debate on the tax that has been unchanged with virtually no discussion for 40 years. There was certainly interest generated. Turnout for Tuesday's one- issue vote was higher than the recent Mayoral election.

Proposition A, passed by a vote of the entire State, required this vote and also requires a new vote every 5 years on the tax. Legislation has already been introduced to require less frequent votes, say every ten years or so. With the huge margins by which the Earnings Tax passed in both Kansas City and St Louis (the margin was even greater there), the Missouri Legislature is likely to approve the change. Kansas City and St Louis will argue that it's expensive to run an election and it also hurts the cities' credit ratings.
at 10:45 AM